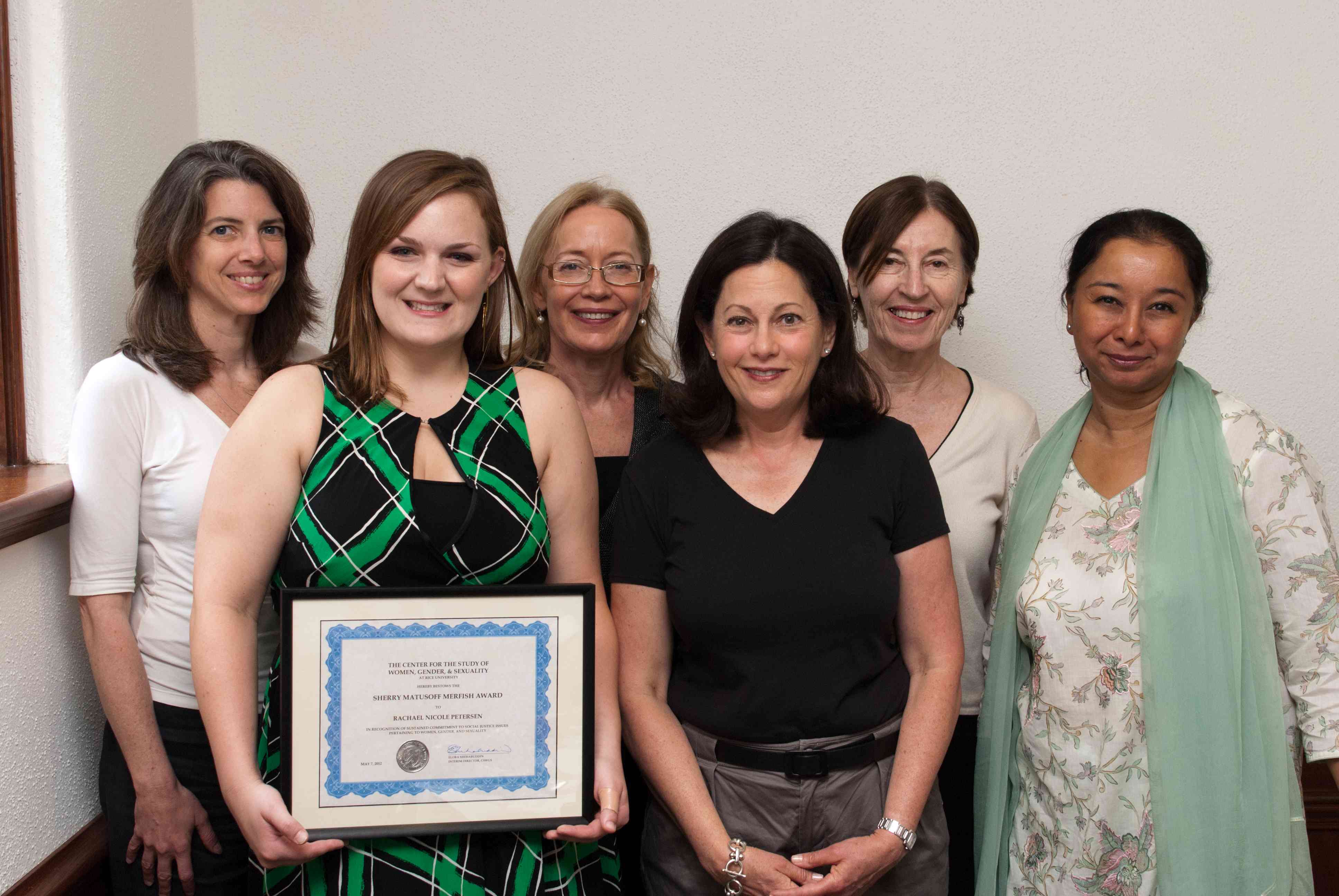 Rachael Petersen was the winner of the inaugural Merfish Award in 2012. She was selected out of seven nominees in recognition of her accomplishments in academics and leadership as well as her commitment to addressing inequality in communities around the globe.

As a double major in Anthropology and Environmental Public Policy, Rachael acquired a broad-based understanding of global inequalities and the various theoretical frameworks for developing culturally sensitive solutions. In addition, she pursued a range of field experiences to complement her formal learning. She took part in research on the politics of wind power in Oaxaca, Mexico; participated in a Baker Institute internship with the Environmental Defense Fund in Washington, D.C.; was awarded a Loewenstern Fellowship to teach English in Urubamba, Peru; and held an internship with the Amazon Defense Fund.

Rachael's commitment to social justice during her time at Rice was evidenced not only in her international service but also in her local volunteer work. On campus, she served as the Director of the Rice Women's Resource Center, and through this position she initiated lectures and workshops to foster leadership among undergraduate women. Additionally, she volunteered as an intern for the Rape Crisis Hotline and as an escort for Planned Parenthood. Equally committed to environmental sustainability, as a sophomore, she founded the Rice Endowment of Sustainable Energy Technology, an organization that funds and assists in the implementation of student sustainability initiatives. In 2012, Rachael was selected as a Thomas J. Watson Fellow to study how indigenous communities, in particular indigenous women, empower themselves through the appropriation of 'first world' technologies.