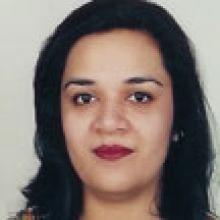 Professor Ameen is a lawyer and academician working primarily in the area of gender rights.  She also teaches and research on gender equality for woman in global contexts.  She has a PhD in Domestic Violence and Law from United Kingdom.

She has some 14 years teaching experience at tertiary levels and sat on the board of the University of Dhaka, where she held responsibility for student admissions and counsellor of students since 1993.  Since 2005 she has been an Associate Professor of Law at the University of Dhaka. She had also been Judicial Assistant to the Chief Justice of the Bangladesh Supreme Court (1993-1994) and was an adjunct Professor of Law for BRAC University, where she taught commercial and contract law.

She has been consulted on Gender Rights by various NGOs and International Organisations, including United Nations Development Program (UNDP), United Kingdom’s Department for International Development (DFID), Save the Children Fund (UK), the Embassy of Norway (NORAD), the Embassy of The Netherlands, and the Bangladesh National Women Lawyer’s Association (BNWLA).    She was also consulted for the Bangladesh Home Ministry, where as a Resource Person, she delivered lectures and conduct workshops to educate the Public Servants (Secretaries, Additional, Joint and Deputy Secretaries), police and security services on Gender Rights and Violence Against Women legislation. She was a D.Net panel expert consulting on strategy formulation for the establishment of rights for the under-privileged rural population in Bangladesh. She is a Trustee Board Member for Nari Jibon, an NGO.

She has published extensively in her field.  She was the contributing editor for  Widows Plight in Bangladesh: Rethinking Polices,  published by  the BNWLA in 2002, and her book Wife Abuse in Bangladesh (University Press 2005) has been cited extensively worldwide, including in the UK Home Office’s COIS Report.  She has several articles to her credit on women and children’s rights. In addition to being a Visiting Scholar with us at the Center for the Study of Women, Gender and Sexuality, she also taught at Rice's Master of Liberal Studies Program in the Glasscock School of Continuing Studies.

Dr. Ameen brings an extensive background of project management and of working in both the non profit and in academia. Being engaged with Rice University since 2008 as a Visiting Scholar she contributed to Rice in several capacities and upholding immigrant survivor’s rights through advocacy in policy level. She has often been commended on her organizational skills, team building and leadership skills. She is a visionary and highly accomplished strategic thinker who has serves a key role at Daya Inc. since 2008 growing into a reputable and successful organization focused on the wellbeing of abused women.

She had been teaching “Gender and Islam for full Semesters for few years. She has spoken at different events at Rice, including the Center's ProVisions series. She was a Speaker at a Conference for Rice University chapter of Global Brigades with a focus on Global Health and Medicine.  She also spoke at the Community engagement on Know Islam; Ask-a-Muslim and attended Rice Colloquium’s as Speaker. She also offered a training on Sexual Assault to the Staff and Students of STRIVE at the Rice Wellbeing and Counseling Center to commemorate April as a Sexual Assault Awareness Month.

As a Senior Director of Daya, a Houston based non profit serving survivors of domestic violence and sexual assault, she is engaged in systems change through policy and advocacy work. In collaboration with National Organizations based in Washington D.C. she is actively engaged in advocating around immigration issues, steering the work authorization for H4 dependents and battered spouses. Also engaged in advocacy for ending Forced Marriage in US in collaboration with National Organizations. She advocated for court interpretation with civil rights Group for Judiciary in Houston. Locally she is actively engaged in immigration advocacy through Houston Immigration Legal Service Coalition. Currently advocating on Anti Immigration law SB4 in Texas.

She is the key person to provide high profile trainings on cultural competency to main stream agencies, first responder’s, law enforcement, hospital Staff to equip them understanding the survivor’s culture. Offer sexual assault trainings and classes to educational institutions and agencies working with survivor’s. Beyond Texas, she offers training at National Conferences on cultural competency, sexual assault and healthy relationship.