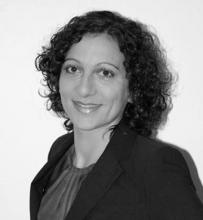 Sophie Esch specializes in twentieth and twenty-first century Mexican and Central American literature, music, and photography with a particular focus on violence, technology, and the environment. Her book, Modernity at Gunpoint. Firearms, Politics, and Culture in Mexico and Central America, (University of Pittsburgh Press, 2018), provides a critical exploration of the political and cultural significance of firearms in the Mexican Revolution, the Sandinista Revolution, postwar Central America, and the drug war in Mexico. The book plays special attention to the interplay between firearms and notions of masculinity and femininity. Her current book project, tentatively titled The Elephant in the Room, analyzes questions of trauma and agency in relation to the presence of animals in war and postwar narratives from Latin America and Lusophone Africa.