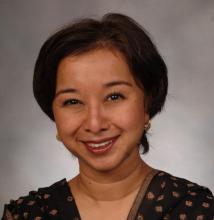 Professor Shehabuddin is the author of two books, Reshaping the Holy: Democracy, Development, and Muslim Women in Bangladesh (Columbia University Press, 2008) and Empowering Rural Women: The Impact of Grameen Bank in Bangladesh (Grameen Bank, 1992). She has published articles in Modern Asian Studies, Signs: Journal of Women in Culture and Society, Journal of Women's History, Südasien-Chronik [South Asia Chronicle], Journal of Bangladesh Studies, and Asian Survey, as well as chapters in numerous edited volumes. She is an Associate Editor of the Encyclopedia of Women and Islamic Cultures (Brill) and a guest co-editor of a special issue of Feminist Economics on "Gender and Economics in Muslim Communities." Her current book project is tentatively titled "Visions of Progress: Feminism, Empire, and Muslim Women."

Professor Shehabuddin has received many fellowships, including from the National Endowment for the Humanities, Woodrow Wilson Foundation, the American Association of University Women, the Social Science Research Council, the Andrew W. Mellon Foundation, and the U.S. Institute of Peace. She has been selected as a Research Associate in the Women's Studies in Religion Program at the Divinity School at Harvard University and as a Carnegie Scholar. Her doctoral dissertation was awarded the American Political Science Association's Aaron Wildavsky Dissertation Award for best dissertation in Religion and Politics.

Professor Shehabuddin currently serves on the Advisory Committee of the Women's Studies in Religion Program at Harvard Divinity School. She has served as Associate Director of CSWGS and was Interim Director in the 2011-2012 academic year.