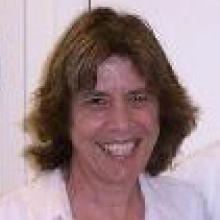 Dr. Harter, Associate Professor of French Studies, has been the recipient of research fellowships from the American Association of University Women, the American Council of Learned Societies, and from Rice's Center for the Study of Cultures. She earned her Ph.D. in Comparative Literature from the University of California at Berkeley, was awarded a Mellon Postdoctoral Fellowship in the Humanities at the University of Chicago, and since coming to Rice, has been honored five times for her distinguished teaching. Dr. Harter’s first book, Bodies in Pieces: Fantastic Narrative and the Poetics of the Fragment, was published by Stanford University Press in 1996. She is currently completing a second book entitled Imaging Excess: Portraits of Pathology from Balzac to 'Silence of the Lambs,’ in which she explores how we formulate and reformulate our visions of ourselves and of the world through our representations of the excessive and the exceptional.