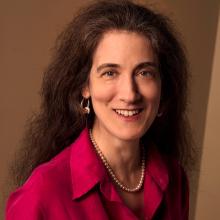 Anne Carolyn Klein (Rigzin Drolma) is Professor and Former Chair of Religious Studies, Rice University.  Her six books include Heart Essence of the Vast Expanse: A Story of Transmission (Snow Lion Publications, 2010); Meeting the Great Bliss Queen: Buddhists, Feminists, and the Art of the Self (Snow Lion Publications, 2008);  Knowledge & Liberation: Tibetan Buddhist Epistemology in Support of Transformative Religious Experience (Snow Lion Publications, 1998), Paths to the Middle: Oral Madhyamika Philosophy in Tibet (SUNY Press, 1994), Unbounded Wholeness: Dzogchen, Bon, and the Logic of he Nonconceptual (with Geshe Tenzin Wangyal Rinpoche; Oxford University Press, 2006), and Heart Essence of the Vast Expanse: A Story of Transmission (Snow Lion, 2010). She has also published a recent book chapter titled "The Knowing Body: Currents of Connection" in Women and Interreligious Dialogue, edited by Catherine Cornille and Julian Maxey (Cascade Books, 2013). In tandem with her interest in Contemplative Studies, she teaches a one-credit Contemplative Practicum and has been faculty or speaker at Mind and Life programs at Stanford, Emory and elsewhere. Her central thematic interest is the interaction between head and heart across a spectrum of Buddhist traditions and putting these in conversation with Western idioms. She also recent published a translation and introduction of Strand of Jewels by Khetsun Sangpo RInpoche. Shambala Snow Lion Press 2015, and has since last year been studying and training in micro-phenomenology and the eliciting interview research method pioneered by Claire Petitmengin in Paris.