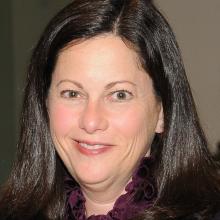 Sherry Matusoff Merfish has had a long career in advocacy and fundraising. From 1993-2009, she served as a Majority Council Director for EMILY’s List, conceiving, planning, and implementing the Major Donor program in range of states, including her native Texas.

Prior to her time at EMILY’s List, Sherry worked as an advocate within the Jewish community by engaging in speaking tours concerning the pernicious Jewish American Princess stereotype, an effort that resulted in widespread press attention and brought about a significant cultural shift. The work of culture change is at the heart of Sherry’s efforts, as exemplified by her co-founding with her daughters of NotAlone.us, an organization that asks women to join the conversation around reproductive justice by disclosing their abortion histories. NotAlone.us was inspired by Sherry’s own brave disclosure of her abortion in a 2013 New York Times op-ed.