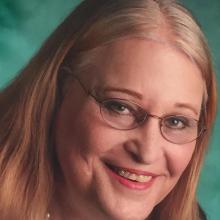 She is the Founder and former Executive Director of a nonprofit organization, the Texas Transgender Nondiscrimination Summit.  This organization teaches and supports people working towards fully inclusive policies to protect transgender faculty, staff, and students in higher education and public-school systems. When the organization was founded in 2009, only three Texas universities had inclusive policies: Rice University, University of Texas at Austin, and South Texas College of Law.  Josephine retired from TXTNS in 2021.

Josephine graduated from Sam Rayburn High School in 1969 in Pasadena where she grew up. She joined the United States Coast Guard in 1973 and was honorably discharged in 1977. She immediately went to work for IBM as a Customer Engineer in 1977 and retired in 2008 after 31 years. It was before and after retirement she began a path toward her education. She currently live in Baytown Texas and has custody of her special needs grandson.  When not doing research, she enjoys movies, her two dogs (a registered Beagle and Labrador), camping, and fishing.