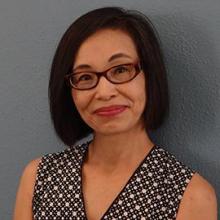 Sonia Ryang is a social anthropologist by training, having obtained her PhD from Cambridge University in 1995. She began her anthropological career with research on the Korean minority in Japan as her primary focus of investigation. While, in many senses, this field of research continues to constitute the core of her work, she now also concerns herself with a much broader set of conceptual and ontological questions pertaining to human existence, encompassing ethnic minorities, diaspora, totalitarianism, ideology, romantic (and other forms of) love, language, food, and, more recently, science. While her books explore a wide range of themes, they are all underpinned by a desire to explore and elucidate the socio-historical functions and materiality of ideas that humans have created and subjected themselves to through the self-imposition of various rules, codes, and institutions. While this human journey has been marked by countless demonstrations of imagination and ingenuity, it has also witnessed innumerable examples of tragic error and loss. Sonia's scholarship tries to address these. Thus, it is unequivocally interdisciplinary and cross-disciplinary in nature and orientation, combining area studies, literature, history, gender studies, diaspora and transnational studies, philosophy, and ethics, among others. Geographically, she has focused on Korea (North and South) and Japan (the Korean diaspora in Japan) throughout her career. More recently, envisioning the concept of transnational Asia, she has begun to explore the best means by which the boundaries between Asia and Asian America can be undone, for, when viewed from multiple angles, such a distinction is rapidly becoming an artificial one.

Along with a range of other, smaller projects, she is currently in the process of planning the sequel to her 2012 book on North Korea’s cultural logic, Reading North Korea: An Ethnological inquiry (Harvard University Press, 2012). This project has been funded by the National Science Foundation (Proposal ID: BCS-1357207). She has carried out two research trips to Toronto to meet with North Korean refugees/defectors, and has produced a preliminary book proposal.