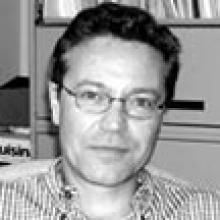 James D. Faubion is Radoslav Tsanoff Chair of Public Affairs, Professor of Anthropology and Faculty Affiliate in the Depatment of Religious Studies. Publications representative of his interests include Modern Greek Lessons: A Primer in Historical Constructivism (Princeton, 1993); Rethinking the Subject: An Anthology of Contemporary European Social Thought (Westview, 1995, ed.); Essential Works of Michel Foucault, Volume 2: Aesthetics, Method and Epistemology and Volume 3: Power (The New Press, 1998, 2000, ed.); The Ethics of Kinship (Westview, 2001, ed.); The Shadows and Lights of Waco: Millenarianism Today (Princeton, 2001); Designs for an Anthropology of the Contemporary (with George Marcus, Paul Rabinow and Tobias Rees, Duke, 2008); Fieldwork Is Not What It Used to Be (with George Marcus, Cornell, 2009, ed.); An Anthropology of Ethics (Cambridge, 2011); Foucault Now (Polity, 2014, ed.); and Theory Can Be More than It Used to Be (with Dominic Boyer and George Marcus, Cornell 2015, ed.). His current research focuses on the increasing displacement of the actuarial logic of biopolitical governmentality in favor of the scenaristic epistemologies of a governmentality grounded in the presumption of an incorrigibly uncertain future.