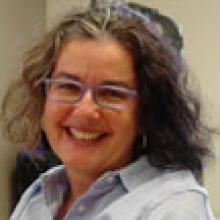 Beatriz González-Stephan is currently the Lee Hage Jamail Chair of Latin American Literature and full professor in the Department of Spanish & Portuguese. She received her B.A. from the Universidad Catolica Andres Bello in Caracas in 1974, her M.A. in Hispanic-American Literature from the Instituto Pedagogico Universitario de Caracas in 1982, and her Ph.D. in Latin American Literatures from the University of Pittsburgh in 1985. She was the 1987 recipient of the Casa de las Americas literary prize for the best Latin American literature for her work La Historiografía Literaria Del Liberalismo Hispanoamericano Del Siglo XIX. She has published eight books, along with numerous articles and book chapters, and she is currently working on a manuscript titled "Cultura visual y tecnologías para las masas: a propósito de las Exposiciones Nacionales." Her forthcoming work is The Body Politic: Writing the Nation in Nineteenth-Century Venezuela. The undergraduate courses she has taught include "Mapping Latin American Culture," "The Latin American Short Story," "Macho Culture in Latin America," and "Latin American Women's Literature." She also teaches graduate courses such as "Civilization and Barbarism" and "(Un) disciplined Bodies."