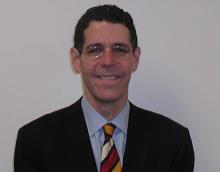 Richard A. Lapin is a member of the International Government Relations group at Anadarko Petroleum Corporation.  His primary responsibilities are political risk analysis and working with foreign governments on existing projects. Prior to joining Anadarko in 2010, Richard was Deputy Chief of Staff for Administration for Mayor Bill White of Houston, TX from 2004-2009.  Richard holds a BA degree in History from Yale University and a JD degree from the University of Texas School of Law.