< BACK TO ADVISORY BOARD 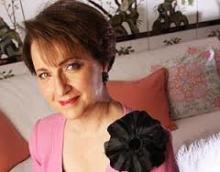 Collyn A. Peddie ’79 was born and grew up in Houston, Texas. She graduated from Rice University as Phi Beta Kappa, with honors, and a triple major.  She then moved to Washington, D.C. to attend George Washington University, where she received her law degree with honors in 1982.  In Washington, Collyn was a Wallace Fellow of Center for the Study of the Presidency, an organization of political, academic and military leaders.  She now lives and practices law in Houston, Texas.